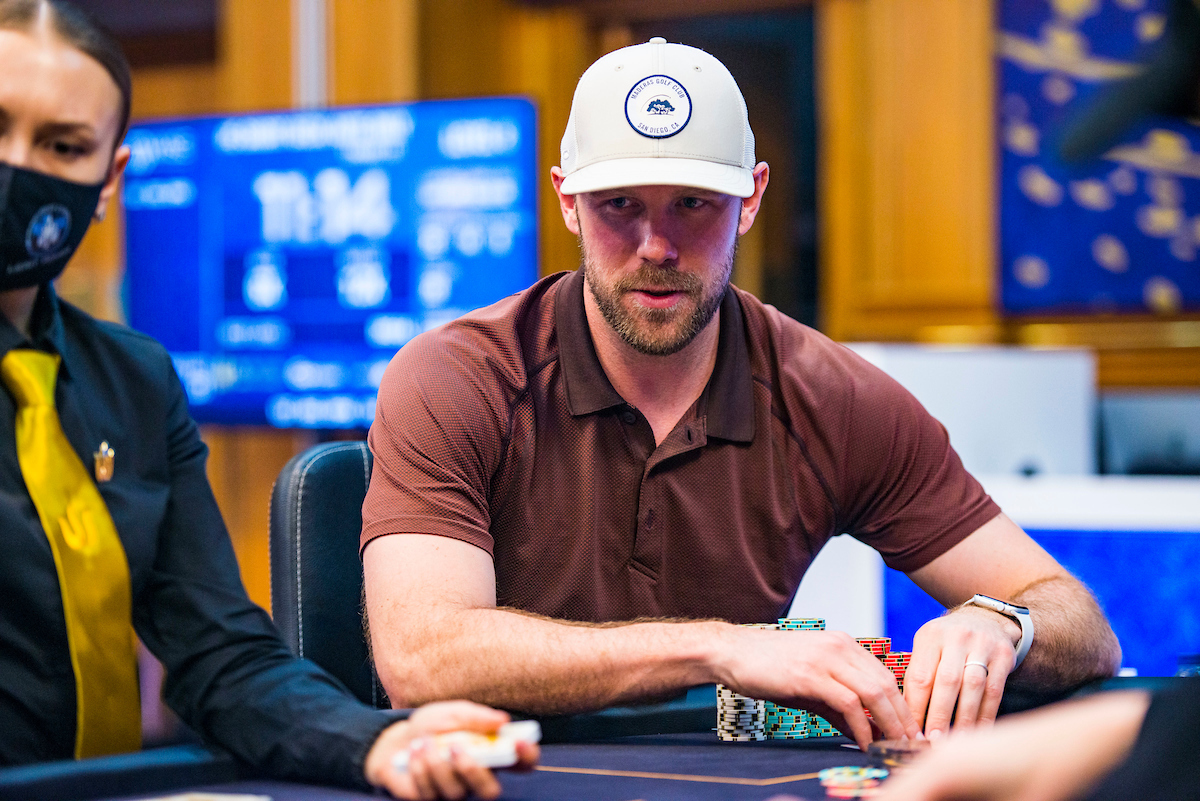 The final tournament of this Triton Series Special Edition reached its half-way point tonight, with players enjoying one last chance to work towards earning a Triton trophy. The game was short deck, with players aiming to dethrone Phil Ivey who won the latest short deck event earlier in the day.

Registration remains open until the start of play tomorrow, but we have already seen 39 entries into the tournament, including 14 re-entries, and so we’re set for one more big payday tomorrow.

The buy-in for this one is $75,000 — a reduction on the initially advertised $125,000, after players requested this slightly smaller level of play. That’s probably because they know they have a full schedule on the Super High Roller Series Europe to play over the coming week, and we’ll be sharing the tournament room with our temporary collaborators tomorrow.

There’s a $25K PLO event kicking off that festival, while we’ll stay focused on the conclusion of the $75K short deck.

The stack sizes for the remaining 20 players are as follows. As you can see, Seth Davies rose to the top today, and became the only player in the room with a seven-figure stack. The American has had a relatively quiet Triton Series so far, but has been studying his short deck game recently, which pair dividends tonight.

The Malaysian trio of Wei Hsiang Yeu, Lun Loon and Ivan Leow all follow Davies. They have short deck in their blood.

A buy-in will get you a stack of 300,000 chips if you want to buy-in any time before the resumption at 1pm tomorrow. Antes on the resumption are 6K-12K, so you’ll have 50 antes and be ahead of 25 per cent of the field.