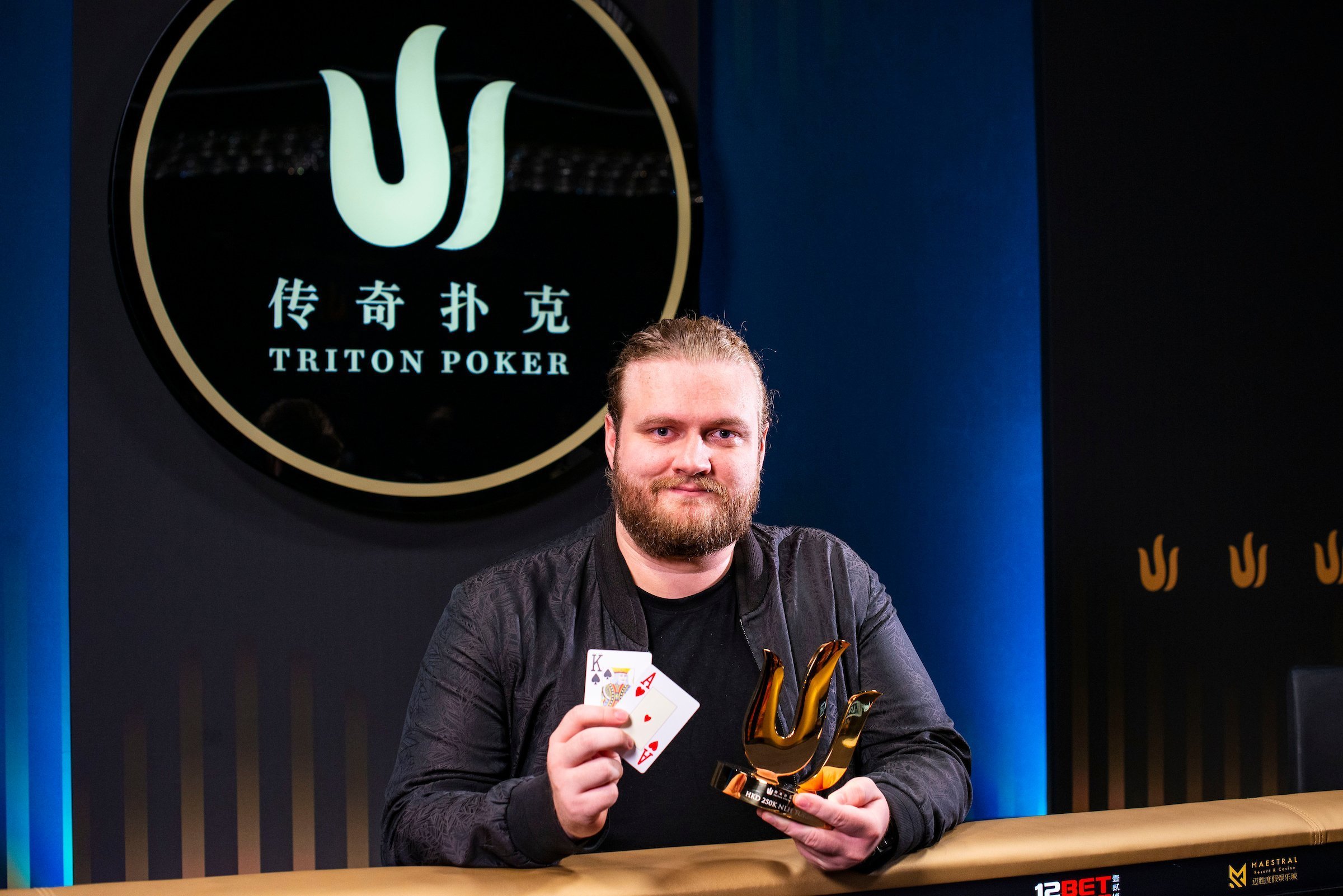 He had to wait a long time for it, but Denmark’s Henrik Hecklen secured his first title on the Triton Super High Roller series in the early hours of Friday when he beat Alex Foxen heads up to win the unscheduled Event #12 in Montenegro.

The tournament was a last-minute addition to the 10-event schedule, requested by Canadian pro and Triton Jeju champion Timothy Adams. With full deck hold’em giving way to short deck (and Pot Limit Omaha) for the remainder of this festival, Adams was among a handful of players who fancied one more chance at a major payday playing the game they have mastered. They arranged a HKD 250,000 ($32,000) buy-in turbo event — and quickly amassed 37 entries.

With five players set to be paid, and the likes of Isaac Haxton, David Peters, Rui Cao, Linus Loeliger and Igor Kurganov already laid to waste, they watched Ivan Leow, Michael Soyza and Steve O’Dwyer depart in ninth, eighth and sixth, respectively, to bring them to the bubble. (It was particularly rough on Leow, who was in for five bullets.)

Adams then enjoyed some home-field advantage when his

, and that took them into the money.

It was around 2.20am local time, and players were given the option of bagging and returning the next day to play. But they opted to close it out and so began a brief battle that resembled a North American home game. Three Canadians — Adams, Daniel Dvoress and Mike Watson — went up against a lone American, Foxen, and Hecklen, the ringer from Europe.

Hecklen has played at a couple of Triton stops, without previously troubling the cashiers on his way out of the room. Meanwhile Foxen, on his Triton debut, had also found the action tough this week. However Foxen took HKD $2.2 million ($280,286) for his second-place finish and Hecklen $434,444 alongside his trophy.

That’ll give them both slightly fonder memories of Montenegro than before — and they should thank that man Adams for the chance.