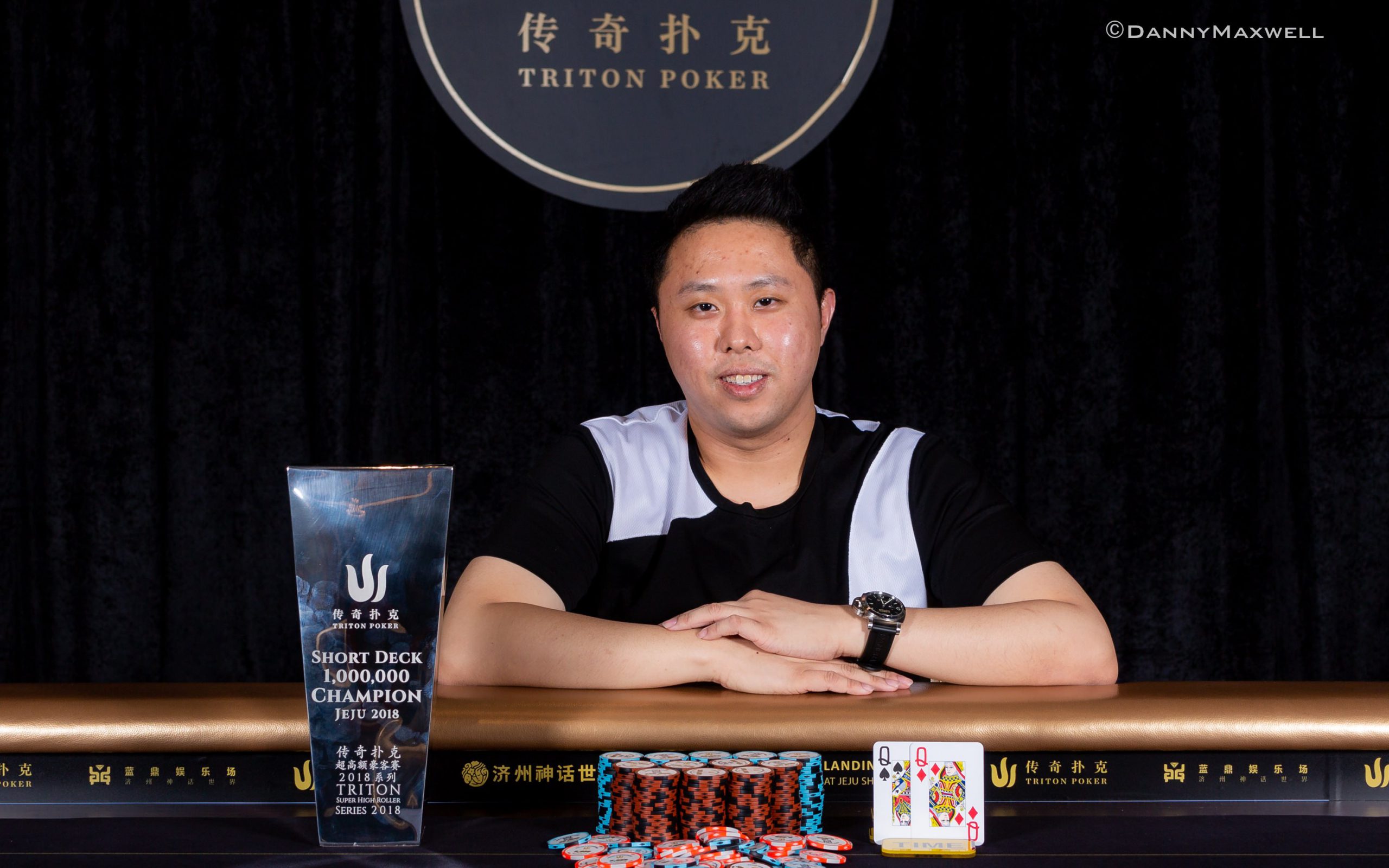 If you’re reading this from the comfort of your commode in the West, then it’s not a name that rings too many bells. But I tell you what, if the Triton Poker Series continues to put on events of this ilk, and Kee keeps showing up, it won’t take long for the alliteration of the letter K to be rolling off your tongue.

The event, which attracted 60-entrants, entered an unscripted third day of action after nothing could separate Kee, Catz and Richard Yong after three hours plus of three-handed action.

Here are the highlights of that short, sharp, shift.

The Money at Stake

Despite holding the chip lead, Kee was the inexperienced practitioner when it came to tournament poker. Katz, who sharpened his poker claws competing with the worlds best since helping set up the ARIA High Roller fraternity was appearing in his first Short-Deck event, and so the smart money was on the former Triton Poker Champion and Aussie Millions AUD 100,000 Challenge winner, Richard Yong.

And then this happened.

Katz called the ante with Q9cc from under the gun, Yong raised to 560,000 with A8o from the cutoff and Kee called on the button holding AJdd; Katz thought ‘why not.’

The flop was AhJs6c, and Yong was first to act, betting 850,000. Kee called, and Katz folded. The 8d appeared on the fourth street, which was a disaster for Yong as it gave him an inferior two-pair to Kee’s AJ. Yong check-called a 1.7 million Kee bet.

On the river, it was Kee’s turn to be disappointed (although he wouldn’t realise it at the time) when the Jh burned a hole in the felt. Kee had filled up, but it also counterfeited Yong’s two pairs rendering his hand worthless. Yong checked Kee bet 2 million, and Yong released his grip on the hand.

Yong would soon slip to the bottom of the counts when Katz doubled through Kee in the following hand.

Kee called with AQo, Katz called with KJdd in position, and Yong folded. The pair then got it in on a flop of KQ6 rainbow, and Katz top pair held to push him into the second spot.

And then Yong slid into the abyss.

Kee started the action with a 500,000 bet holding AQo, Katz got out of the way, and Yong called in position with JTo. The flop was a three-suited Q99, Kee checked, Yong bet 200,000, Kee jammed, and Yong called, needing a king or an eight to survive. No such luck. Adios.

The farewell hand saw Katz make a move holding JTo; Kee called with pocket queens, and the ladies danced through five unassuming community cards to land Kee the title and close to $3m in change.

“It’s insane,” said Kee when explaining his recent run of form that also saw him finish runner-up to Nick Schulman in the HKD 100,000 (USD 12,500) Short-Deck, Ante-Only contest, not bad for a cash game player who last played a tournament, five years ago.