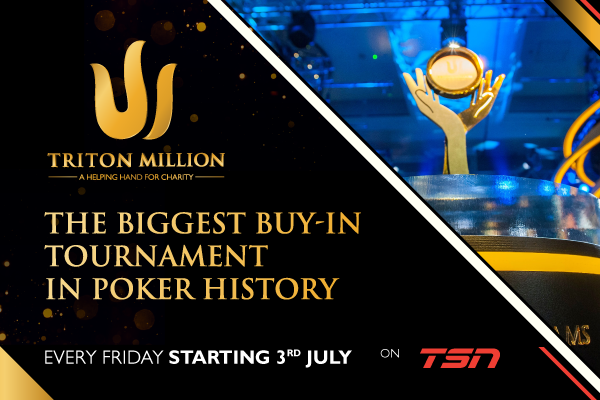 Canada’s own, Daniel ‘Kid Poker’ Negreanu and television personality, Ali Nejad, guide you through exclusive behind the scenes player testimony and the stunning highs and brutal lows of all the play-by-play action.

Triton’s innovative structure pitted an array of the world’s most talented poker players such as Bryn Kenney, Daniel’ Jungleman’ Cates, and Tom’ durrrr’ Dwan against high profile businessmen such as Paul Phua, Tony G and Haralabos Voulgaris in one of the richest purses in sports and gaming history.

The tournament will air on TSN every Friday starting 3 July and ending 31 July.