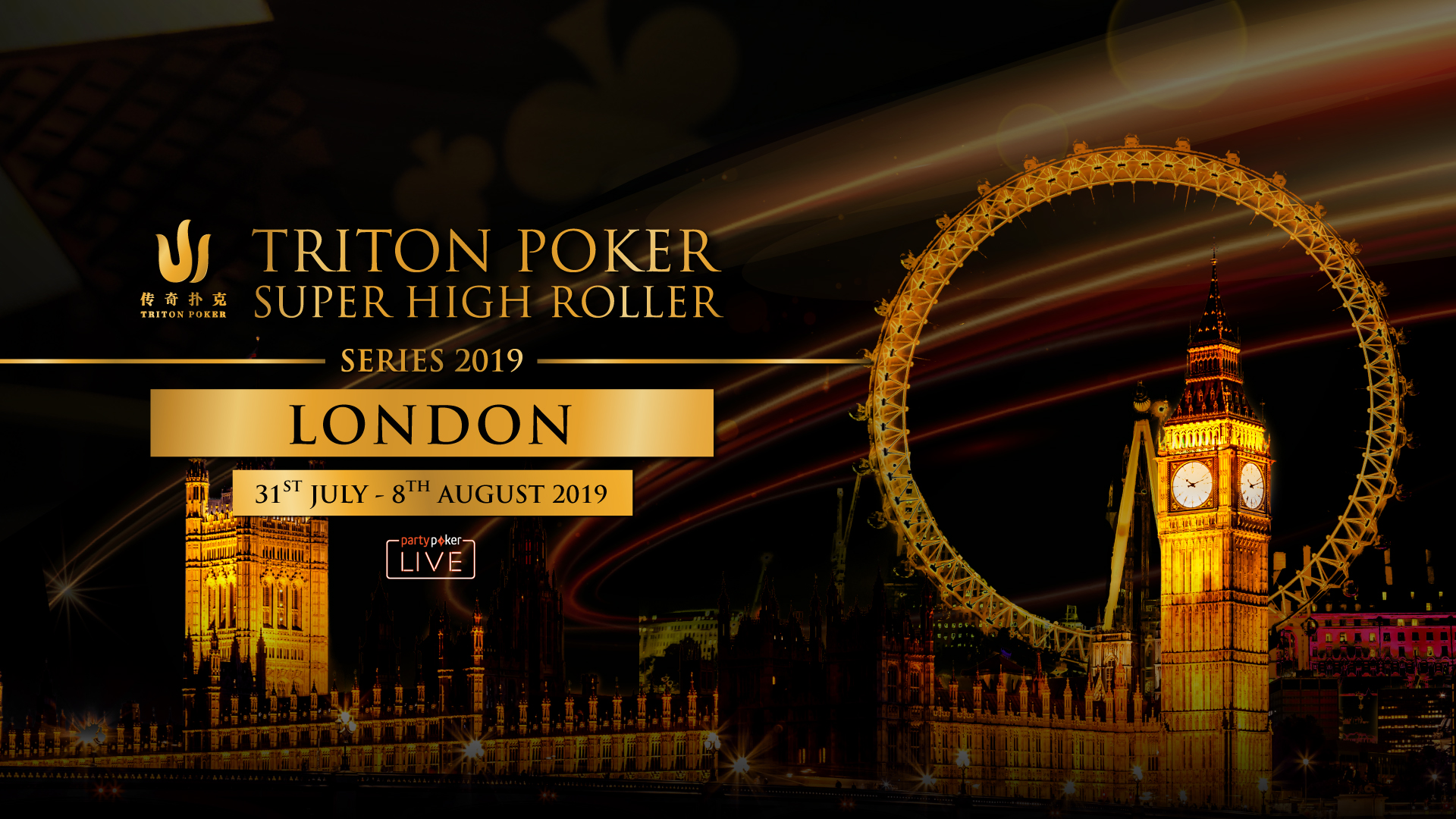 How’s this for a fulfilling and healthy breakfast.

Three organic apples, a spoonful of honey and the juice of half of a lemon blitzed in a Nutribullet. Scoop the contents into a bowl, add raisins, chopped walnuts, dates, goji berries, mulberries, and coconut flakes.

The secret ingredient – the finger on the trigger of the rifle that when pressed, explodes into a childhood memory – is cinnamon. Prices vary wildly from the cheap rubbish in the local supermarket to the expensive stuff in trendy organic stores.

The apex of high stakes poker returns July 31st from London’s Hilton on Park Lane, the purple part of the Monopoly board that everyone wants to own.

It’s the perfect setting for Triton’s third event of 2019, and to celebrate they have created something unique. Triton Million: a Helping Hand for Charity, is a £1,050,000 buy-in event, the most affluent live poker tournament the world has ever seen – a world-record to be.

We’ve broken down the nitty-gritty, previously, in this article (Triton Million: a Helping Hand for Charity Set to Hit London August 1-3 – https://www.paulphuapoker.com/triton-million-a-helping-hand-for-charity-set-to-hit-london-august-1-3/).

It’s time for an update.

The Triton Million event takes place Aug 1-3, and at the time of writing, 33 players are ‘confirmed’. The game is by invite with invites open to business people and recreational players only. Once invited, each person can choose one professional to compete in the event, ensuring parity between pros and non-pros for the first time at these mind-boggling stakes.

Here are the confirmed names.

Nobody has cashed in more seven-figure buy-in events than Rick Salomon, and so far, he’s the only invitee not to name a pro. The word on the grapevine is it’s likely to be a top-notch American high roller.

Four non-pros who have publicly invited top pros are Dusk till Dawn (DTD) owner, Rob Yong, Poker Central Founder, Cary Katz, Hedge Fund Manager, Talal Shakerchi, and Triton co-founder, Paul Phua. Yong invited Sam Trickett because he’s a good friend, and began playing $1/$2 cash games at his club in Nottingham. Katz chose Bryn Kenney because he wants to compete with the best in the world, and believes Kenney is THE best. And Shakerchi wanted the player who would donate the most of his winnings to charity, and Igor Kurganov ticked that box.

Speaking on the choice of Tom Dwan as his partner, Phua said: “Tom {Dwan} is the first pro that I ever befriended who had some success in our private games in Asia. I think highly of Tom as a person, and while he may not be a high roller tournament specialist, the decision wasn’t even close. Not only is he a brilliant poker player, but every fan of No-Limit Hold’em loves watching Tom Dwan play his incredible brand of poker.”

There is also a player in the field who not only knows what it’s like to compete in a $1m buy-in event, he knows how to win one. In 2016, Elton Tsang conquered the 28-entrant field in the €1m Monte Carlo One Drop Extravaganza for €11,111,111. Tsang enters the fray courtesy of an invite from Wiang Qiang.

And the headcount hasn’t stopped rising with Triton’s co-founder, Richard Yong, confident that ’42-players is a very realistic target’, and that there is a ’10 to 1 chance’ that the event gets 48 players.

If you wish to compete in the event, then send an email to register@triton-series.com. Triton has set up a voting committee who will determine your classification as either a recreational player/business person or a professional. If you are classified as a recreational player/business person and don’t have a nominated pro in mind, we will provide you with a list of interested players.

It’s not only on the tables that the world-class feel of Triton’s brand is prominent. It’s also in production. ShareHand will provide world-class live stream content. Lex ‘RaSZi’ Veldhuis returns to his perch alongside Randy “nanonoko” Lew, after missing out in Montenegro. Supporting them for the first time at a Triton event are Nick Schulman, Ali Nejad and Jeff Gross. Schulman is a Triton Champion, winning the HKD 100,000 No-Limit Hold’em Short-Deck event in Jeju (2018). He’s also coming off the back of his third WSOP bracelet in the summer and another exemplary shift in the WSOP commentary booth. The quicksilver quartet will add their unique style of commentary throughout an insane week of high stakes action broadcast across Triton’s website, Twitch, YouTube and Facebook, as well as Chinese TV channels.

partypoker LIVE continue their partnership with Triton as sponsors of the event. partypoker and Triton ambassador, Jason Koon, said he “couldn’t be more excited to be invited to play the Triton £1 million tournament – big tournaments have always been my true love when it comes to poker and to get to play the biggest one of all time is a real honour. It’s a surreal moment for me as a poker pro.”

Triton Poker founder Richard Yong said: “We’re very excited about the forthcoming Triton Poker High Roller Series in London and delighted that partypoker LIVE will be joining us for this historic event. The Triton Poker High Roller Series offers the world’s most affluent recreational players and top-level pros the chance to compete for very high stakes against incredibly tough competition. Our tournaments really get players’ adrenaline going and now we are about to host the biggest buy-in poker tournament ever held. All those that take part will become a part of poker history as well as helping to raise millions for worthy causes.”

The One Drop Foundation Joins The List of Beneficiaries

Finally, there is also fantastic news on the beneficiary front with 15% of the charitable haul heading to the One Drop Foundation. It’s a fitting addition, as One Drop’s founder, Guy Laliberté, was the inspiration behind the first-ever $1m buy-in event.

Should a ‘confirmed’ player renege on their intention to play, then the £50,000 registration fee goes straight into the charity pool. To give you a flavour of the kind of money Triton Million is raising for charity, 33 players equates to £1.65m – and that buys you a lot of cinnamon.

Here is the schedule in full: