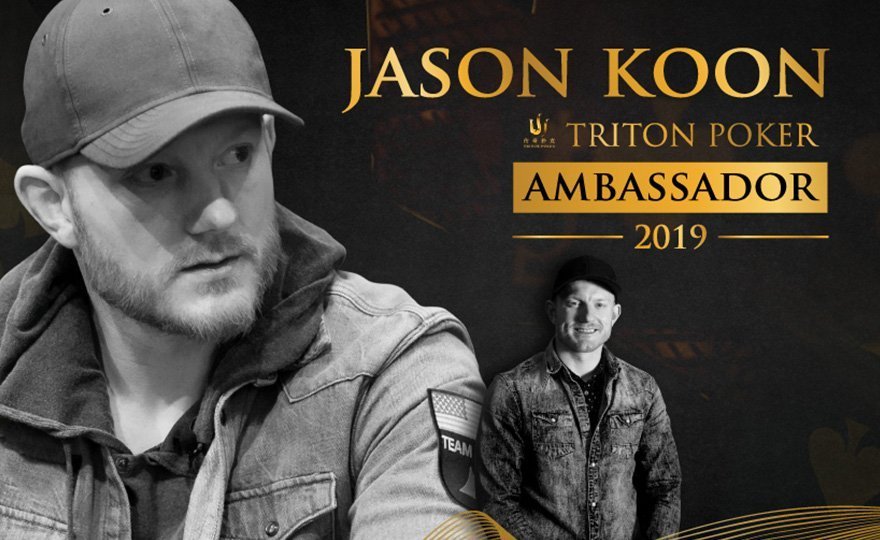 Triton Poker is proud to announce Jason Koon as brand ambassador for the Triton Super High Roller Series. Koon is one of the most respected and talented players in the game who spends his time competing in the highest stakes tournaments and cash games, globally.

In 2018, Koon won $12,478,538 in live tournaments including making four final tables at the Triton Super High Roller Series events in Montenegro and Jeju, including winning $3,579,836 after topping a 103-entrant field in the HKD 1,000,000 No-Limit Hold’em Short-Deck Ante-Only event in Montenegro, in only his second appearance in a Short-Deck tournament.

On his appointment, Koon said:

“Joining the Triton team was a no-brainer for me. I’ve always been a huge fan of their tournaments. The experience that players feel during a Triton event is second to none. I couldn’t be more excited. The Triton stops are pure poker. You play some of the biggest buy-ins in the world both in cash games and tournaments, and I love high stakes, high-pressure poker.”

Koon’s role will be to promote the Triton Poker brand and the Triton Super High Roller Series, globally, including raising awareness of poker in Asia throughout the high stakes community. Koon will compete in every single Triton stop of 2019, beginning in Jeju, South Korea: March 2 – 9.

“Jeju is a beautiful stop,” said Koon. “The Landing Resort and Casino is enormous with tons to offer everyone. It was one of my favourite stops in 2018.”