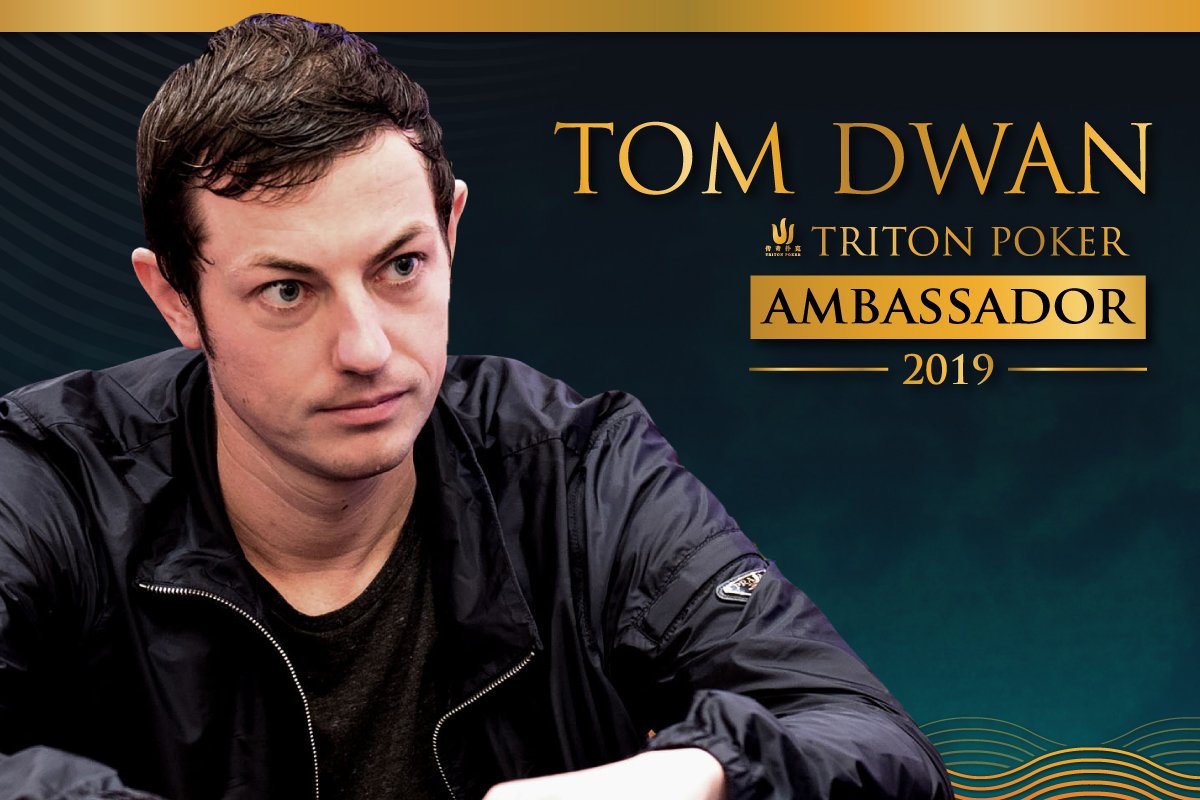 Dwan has been a supporter of the Triton Poker Series since inception. In recent years, Triton has been the only window into the life of one of poker’s most private and peerless performers. As a brand ambassador that relationship will delve deeper than ever before.

In the early 2000s, Dwan rose to prominence competing in online cash games under the moniker ‘durrrr,’ where Dwan turned a $50 online deposit into a net profit of more than $2m. Dwan has also cashed for $3.1m playing live tournaments, but the live cash games are where Dwan has earned his bread and butter in recent years.

Dwan is the second world-class poker player to join Triton Poker as a brand ambassador after Jason Koon arrived in January, and Koon is delighted with the appointment.

“I’m thrilled to be in the company of Tom Dwan as a Triton Ambassador,” said Koon. “When I began my journey as a poker player Tom was already crushing the biggest games in the world. When the poker action started booming in Asia Tom was one of the first to dive into the action. He’s one of the most exciting players to watch, and play against, and I can’t think of a better addition to the Triton roster.”

Dwan will represent the brand for the first time during The Triton Poker Series in Montenegro May 5 – 17 where the team plan to host their biggest tournament series to date.