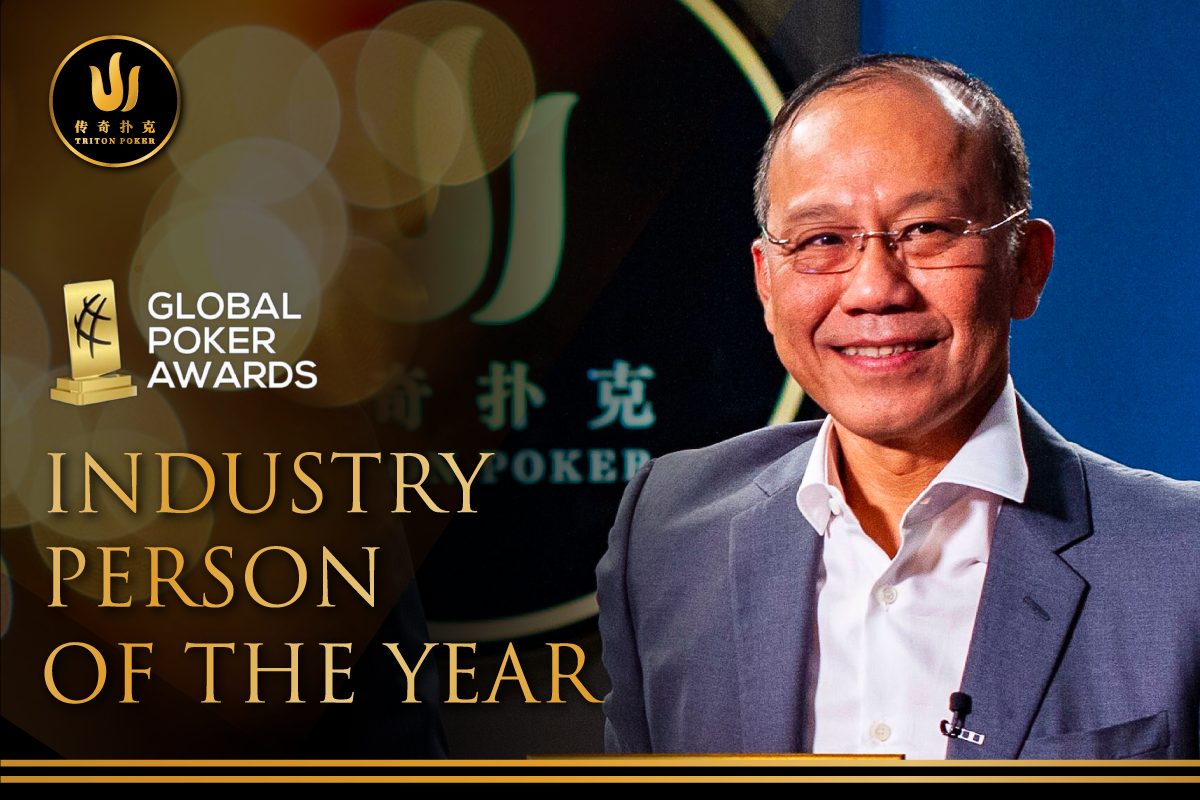 Poker has an image problem.

When money is your primary source of fuel, you’re going to have some unsavoury incidents, and in 2019, we had one, when the Stones Gambling Hall cheating allegations found its way onto the international press reel.

The case is the villain of poker’s story.

Yet, every story also needs a hero.

The Stones incident wasn’t the only time that poker became the talking point of plumbers, gas fitters and chefs around the world in 2019. In the summer, Paul Phua turned his dream of hosting a £1m buy-in charity poker tournament into a reality.

Triton Million: A Helping Hand for Charity enthralled the world.

Triton would wear the cape.

Triton would be our hero.

The morality and ethics of poker are often called into question, helped by the cases like the Stones cheating scandal, and that’s why the Global Poker Awards (GPA) is a much-needed tonic for the industry. There are no unwashed bedsheets. No cigarette butts in the ashtray. No thick fog. Instead, we have a red carpet, tuxedo’s leg-splitting dresses, and cat-cream smiles.

The second annual edition of the GPA took place at the PokerGO Studios at Aria, Las Vegas, on Friday night, and the high stakes stratum featured prominently spearheaded by the tribes most prestigious poker tour.

The Triton brand and its associates appeared in numerous shortlists. Triton co-commentator, Lex Veldhuis, won the Streamer of the Year award, and players competing on Triton tables featured, but lost, in shortlists for Final Table Performance of the Year, and Hand of the Year. But it was the categories of Industry Person of the Year, and Event of the Year where Triton shone brightest.

The Triton Million: A Helping Hand for Charity came up against the PokerStars Player’s No-Limit Hold’em Championships (PSPC), the World Series of Poker (WSOP) Main Event, and the WSOP BIG 50 in the shortlist for Event of the Year.

Fifty-four players paid the £1,050,000 Triton Million buy-in, the highest attended for a seven-figure buy-in event. The £54m prize pool is the highest prizepool outside of the WSOP. The £16,890,509 that Bryn Kenney picked up for finishing second to Aaron Zang remains the most significant single prize ever handed to an individual poker player (Aaron Zang collected £13.7m after a heads-up deal, and went on to win the event).

Outside of those incredible achievements, Triton’s organisers rolled out the innovations including changing shot clock rules, and dividing pros and non-pros for the first six levels, and raised £2.7m for charity.

But it was not enough to win the GPA.

Instead, the honour went to the PSPC, which in itself created history by becoming the largest attended $25,000 buy-in event the world had ever seen, when Ramón Colillas won the $5.1m first prize. Like Triton, PokerStars also pulled out the innovations, giving away 300 free seats, with the largest contingent having never before competed in a $25,000 buy-in event.

Close, but no Ghurka cigar.

PokerStars is a private company.

Triton is the dream of two men, and one of them reached the short-list of the coveted Industry Person of the Year award.

Paul Phua didn’t start playing poker until his 40s, but like everything that Phua does, it didn’t take long for him to want to become the best. Only Phua took extraordinary steps to realise his dream.

Instead of travelling the world competing in other people’s games, Phua created his own. Triton Poker is a reflection of the values and beliefs of Phua, and his partner Richard Yong. A tour that rumbles around the world, stopping at the most salubrious of locations, with world-class service, world-class players and world-class production.

Triton has brought back the old nostalgic air of high stakes magnificence but paraded it around the world like never before, culminating in that magnificent £1m buy-in event.

It’s no coincidence that Phua and Katz were both short-listed. Both have done so much to elevate high stakes poker to a whole new stratosphere, and the poker community needs that exposure, and the influx of money if it is to continue to thrive and thrive it does.

Phua managed to do what Triton Million did not, and took the award, ahead of his esteemed competition. It was a fitting moment for a man who has finished in the money (ITM) in Triton events more than any other, without having anything to put into his trophy cabinet. Even for a man of Phua’s drive and determination, one doubts he thought this would be the first piece of silverware to grace the Phua home.

Ironically, on the night that poker celebrated its heroes, its current villain still managed to find its way into headlines, when Joe Ingram collected the award for Best Media Content (Video), for his investigation into the Stones cheating scandal.

But there was no last stand between the heroes and villains.

Merely a celebration of everything that makes this game great.

GPA Awards: The Results in Full

GPI Breakout Player of the Year

Final Table Performance of the Year

Streamer of the Year

Vlogger of the Year

Podcast of the Year

Industry Person of the Year

Tournament Director of the Year

Event of the Year

Journalist of the Year

Broadcaster of the Year

Poker Personality of the Year

Hand of the Year