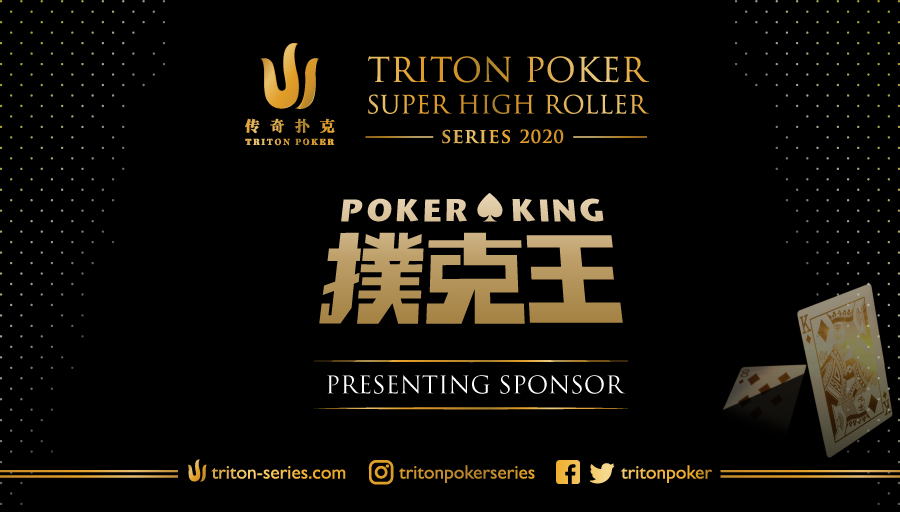 Poker King have announced a partnership with Triton Poker, which will see the company as the Presenting Sponsor on all Triton Super High Roller Series festivals in 2020.

The first stop of the year will be in Jeju South Korea from February 10-22, with Budva, Montenegro and London, England next on the Triton SHR roadmap. Other locations are also being planned, but have yet to be confirmed.

Poker King was founded by the world’s leading gaming group: Sun City Group and AG Group, which is headquartered in the Central Business District of Manila in the Philippines.

Poker King is currently the largest and most popular online poker site in Asia with more than 1.2 million registered members.

Poker King have previously partnered with some of the world’s most prestigious tournament brands, including the Asian Poker Tour (APT), the World Poker Tour (WPT) and recently the Boyaa Poker Tour (BPT).

As of 2017, 40 Poker King competitions have been held in different locations across Asia.

Tom Dwan, who is the Ambassador of both Triton Poker and Poker King, stated:  “I will carry out my understanding of poker games onto the Poker King platform and support them to promote a credible and fair gaming environment for all of poker players.”

For more information on Triton Jeju 2020, please visit this link.