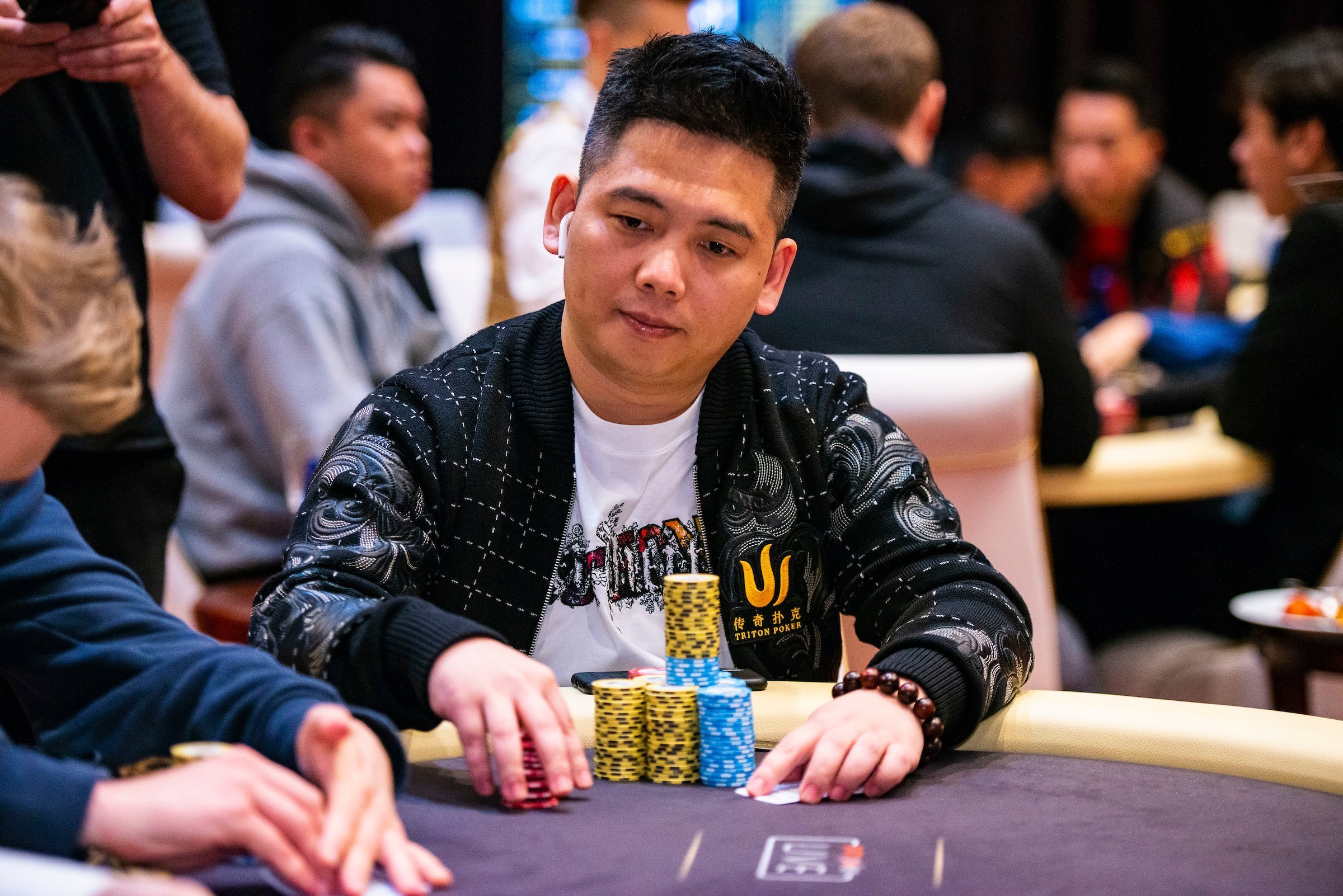 The Triton Series Montenegro slipped quickly into top gear at the Maestral Resort in Przno today as 45 players took their seats to play the second event of a 10-tournament series, no limit hold’em six-max. Between them they amassed 79 entries of HK$500,000 (US$63,733 approx) apiece. That created a prize-pool of HK$37.130 million (US$4.73 million) and ensured we’ll quickly be naming our first millionaire of this high buy-in festival.

The winner, to be decided on Tuesday, will take HK$11.23 million (US$1.43 million) — and get his visit to Adriatic coast off to the best possible start.

After 12 levels of play today, China’s Tan Xuan took the overnight chip lead, bagging 1.876 million from a starting stack of 200,000. Xuan was the first man registered for the tournament, and clearly likes playing in Montenegro. He recorded the biggest result of his career this time last year when he finished second to Triton Ambassador Jason Koon in the short deck main event, and he is already the man to catch in this one.

Steve O’Dwyer, who won the first event of the week today and dedicated it to his mother on her birthday, also joined the fray, as did every one of his beaten final-table opponents: Isaac Haxton, Linus Loeliger, Beh Kok Weng and Sam Greenwood.

The full counts for the 24 players who survived are as follows. Everyone else will need to wait until 3pm tomorrow for another chance. That’s when Event #3 beckons the short-deck demons to the Maestral Resort to play their favourite game for HK$100,000 per entry. Join us then.