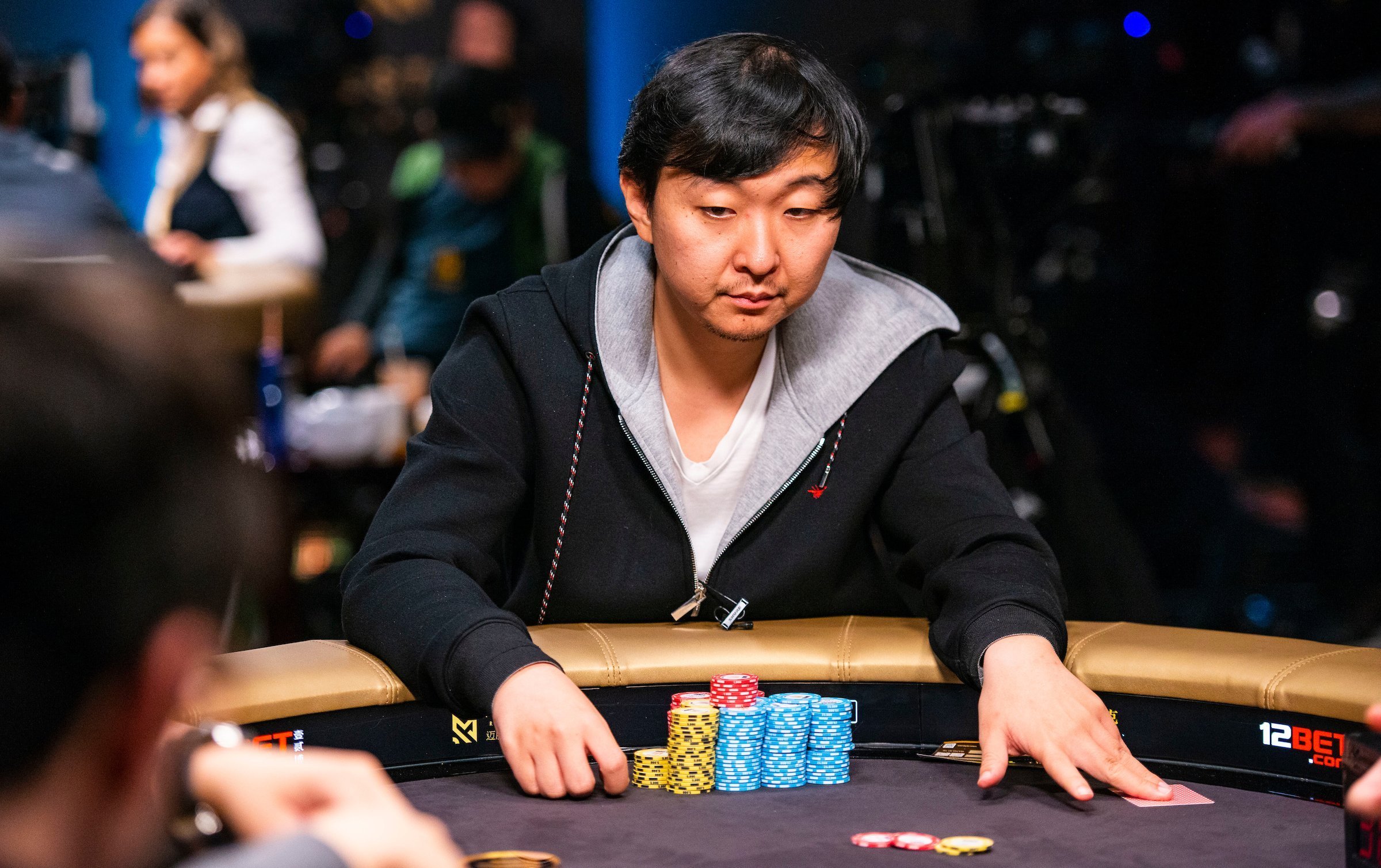 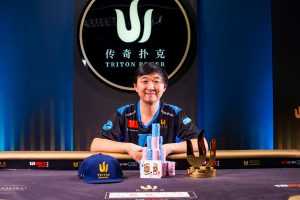 Had I not wandered into the grand tableaux of High Stakes Poker, I might have never heard of Rui Cao, because he’s the type of poker player who prefers making a mint over standing in the flare of gunfire hoping that someone is going to catch a sight of him.

Hailing from China, Rui moved to France at the age of six. So, it’s safe to say that his challenges started early in life.

“Everything was different,” said Rui. “Learning the language was hard in the beginning. The first phrase I learned was ‘shut-up’. I remember asking my mum, “what does shut-up mean?”

I wonder if she told him to ‘shut-up?’

Even back then, Rui was a quick learner.

“When you’re a kid, you adapt and adapt fast. Everything comes naturally to you.” Said Rui.

As an academic, Rui went to a computer engineering school and transitioned to a financial school, leaving when he got his BBA. Logic was his strong point, and very early doors he learned that if he didn’t feel passionate or excelled in an activity, a lethargy would creep in, as it would later in life as a poker player.

‘I preferred the years after high school,” said Rui. “It was more fun, because, of course, you have more freedom. You can miss classes when you felt like it, and this fit into my lazy outlook on life.”

There was a reason Rui had a lackadaisical attitude towards school.

“It was a lot of money for sure,” said Rui. “Still, I thought of my bankroll like a score in a video game, and that pushed me to consider pursuing poker as a profession.”

Rui knew that the poker table would be his home. Still, his parents didn’t share his enthusiasm. Rui managed to convince them to allow him to study abroad after his degree, and then spend a year off to try the poker lifestyle, and he took to it like a hummingbird to nectar.

He made a million.

His parents never gave him a hard time after that. 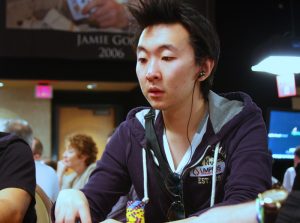 Rui got into poker through his passion for video gaming where he met a group of poker players known as ‘The Limpers.’ They became his closest confidants. In Rui’s eyes, his alliance with ‘The Limpers’ made him the poker player he is, today.

One of them, Cyril Andre, had this to say about Rui.

“Rui is a truly incredible poker player, whom I’ve learnt so much from. At the poker table, he’s an enjoyable character that gives action and splashes around but remains a killer thanks to his deep understanding of the game.

“I would say what fascinates me the most is how fast, and well, he picks up the game. When people started playing short deck, he quickly became the best player figuring out better strategies on his own.

“I remember that it was quite funny watching him crushing heads up online. People play 4 tables so that while you’re thinking and playing on one table, your opponent is playing another table, and that makes the overall game fast and more enjoyable. If you play Rui on 4 tables, you pretty much always have 4 decisions at the same time. All your tables are beeping asking you to make a decision. He drove his opponents crazy.

“Outside of poker, I love being around him. He’s kind, smart and curious about the world.”

PokerStars and Full Tilt became Rui’s cathedrals, and NLHE and Pot-Limit Omaha (PLO) cash games became his daily prayers. He was a natural, starting with a $50 deposit, and crushing every level like a tank until his sprockets struggled to overcome the hill of $25/$50 NLHE.

It seems Rui’s issues in school had followed him into poker.

His reaction was pure Rui.

“I remember losing a lot playing $25/$50 NLHE, one day, and so I jumped into $25/$50 PLO without any experience, and got lucky from the start. The PLO players were really much weaker back then, and my natural aggressive style was the good exploit by fortunate coincidence.”

“When I think of Rui as a player, the first word that comes to mind is “fearless”, said Koon. “He plays with a level of intensity that always keeps you guessing and uncomfortable.”

Back in those days, Rui was obsessed with poker, and over time, as his bank balance swelled, so did his ego.

“The good part of the ego is ambition,” said Rui. “You’re not scared, and you want to try everything. But there’s a bad part of ego; the invincible aspect, that makes you jump into you know, the wrong spots and doing the wrong stuff. And I think it’s good to have a balance of both.

“I am not sure where it comes from, but I have always been a very competitive person. It’s affected me both positively and negatively. It gave me very high confidence, and I was always looking for challenges, I basically tried to beat everyone, and you need to play the best to become one. Even when I struggled against someone, I tried harder every time and was convinced that I could do it. I think this mindset got me to get better, very fast. I traded some short term value to gain long term skill. But it also got me overconfident sometimes, and that made me underestimate some opponents or became too lazy to work on my game.”

The key thing for Rui, today, is he recognizes when his ego is trying to take over his decision-making. 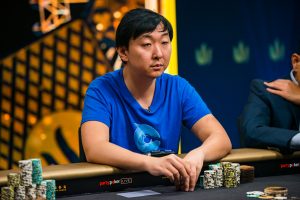 In 2011/12, after an incredibly successful online career, Rui moved to the live circuit and Macau.

“At first I was pretty bad because I went from multi-tabling HU PLO where there is action every second to a very slow live full ring NLHE game,” said Cao. “I was not patient enough and struggled to adjust to the pace and played way looser than I should. I remember that some VIP, in the beginning, couldn’t believe that I was a professional poker player.”

Today, Rui plays in the biggest games in the world.

Talking to Cao about his standing in the game, today, he’s proud of his achievements and how he can still hang with the ‘young guns’ in the biggest games in the world. He even cites himself as one of the most fearsome short-deck proponents in the game.

But it’s not easy.

“Staying at the highest level is very tough because everybody is studying a lot and it takes a lot of motivation and work while at the same time your edge and the hourly rate goes down. It’s also in my nature to get lazy.”

If Rui was to give one piece of advice to someone wishing to enter the poker world, what would that be?

“Discipline, for sure,” said Rui. “Even though it was good to be crazy because I learned from my many mistakes, I would have preferred more discipline. Back in the day, I had many people telling me to work more. It was a mistake not to listen to them, but back then it was easier to ignore them because the games were much softer. I learned through playing, and fortunately for me, that’s what I loved to do – play.”

“It’s funny because, in poker, happiness is linked to short term results,” said Rui. “When I win, I’m thrilled. Then, when I lose, I don’t really like poker that much, and that discontent can leak into other areas of my life. It’s all about expectations, and your viewpoint on reality. If you set your expectations higher than your current reality, then you’re going to end up miserable.”

I never did find out what Rui’s viewpoint on reality was because, in a blink of an eye, he returned to the shadows. Still, I do know from the people I have spoken to about his game that the expectations he sets are very high indeed, and it’s unusual to see him miserable.